Bicycle Traveler is a non-commercial, free international magazine devoted to bicycle touring. Packed with stunning photography and entertaining stories, it will make you want to grab your bike and hit the road.

Until the Corona pandemic is over, we will delay publishing the next edition of Bicycle Traveler.
The magazine is meant to inspire people to go out and see the world by pedal power. But at this time, riding across borders is ill advised. Plus, it’s difficult for cyclists to plan trips when an end to the pandemic isn’t in sight. 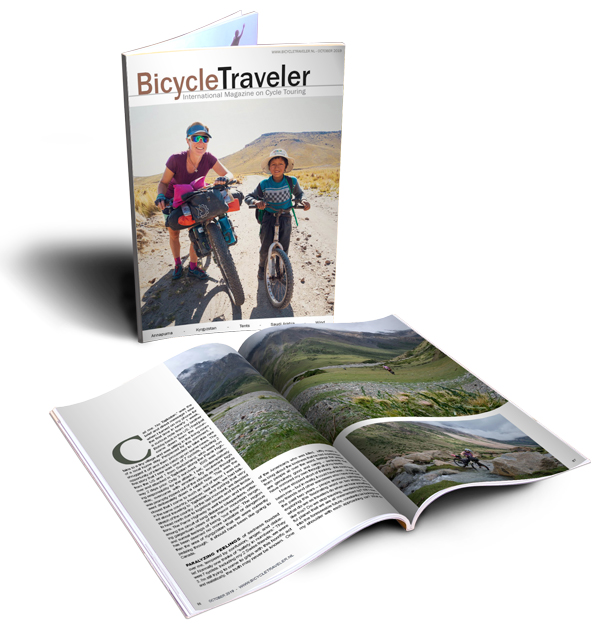 In the 14th edition

Opportunity
Jerry Kopack is a wanderer who has been given the gift of time.

We hope you enjoy it!

Experienced cyclists give us the inside scoop on the best places to go bicycle touring.

Via the links on the list you can also visit the cyclist’s websites and read about their trips. 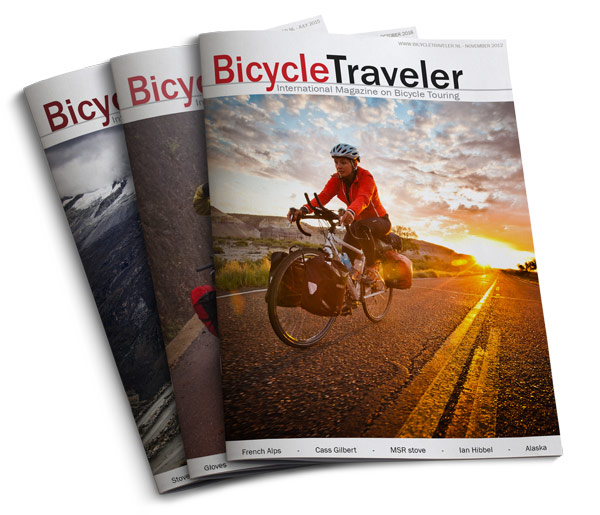 Subscribers will also be informed when a new edition is placed online.

We respect your privacy. You can unsubscribe at any time.

Go to back issues 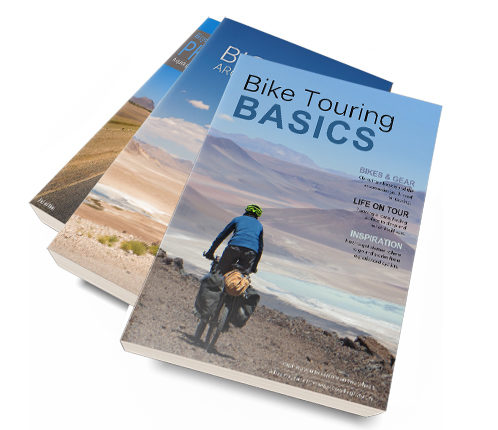 Bicycle Traveler was launched in 2011. We aimed to create a magazine that showcases bicycle travel and delves into why people dream of undertaking round-the-world tours.

BT’s carefully curated collection of articles and photographs are gathered from a diverse group of cycling enthusiasts worldwide. With the recent boom in bicycle touring, our magazine base has grown to more than 25,000 dedicated subscribers.

As BT begins its 9th year, we are more passionate than ever about publishing high-quality content that resonates with our adventure-minded readers and illustrates the wonderful world of two-wheeled travel.

Subscribe (it’s free!) so that you don’t miss out on future editions. We respect your privacy. You can unsubscribe at any time.

The people behind it

Grace Johnson is the founding editor and designer of Bicycle Traveler magazine. Photographer Paul Jeurissen runs the website and his cycle touring and bicycle culture images regularly appear in the publication.

They met on the Trans America bicycle trail in 1981 and since then have taken numerous bike trips, totaling more than 9 years over 5 continents. You can follow their two-wheeled travels at Impressions from Bicycle Travels.

© Copyright Bicycle Traveler magazine
This popup will close in:

- Download earlier issues from the archive.
-  Be informed when new editions go online.